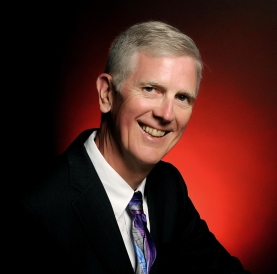 Ken Brown is an application web developer by day and author by night.

Over the years he has written short stories for his own enjoyment and started a couple of other books, but never had the fortitude to finish the books. Ken found himself distracted by work, family and other business ideas that he thought were more important than writing.

But one day an idea came to him about a boy who wants to rescue a girl and finds that going through a cave he is transported to another planet. A planet where magic is real and the dangers of wild animals, strange people and bizarre customs are just as real.

The book was inspired by a photograph Ken found on the Glacier National Park's website. A simple photograph of the photographer standing in a tunnel in winter in Glacier National Park, Montana. The image showed icicles hanging from the tunnel exit with large boulders hugging the wall behind. Looking at the boulders and rocks, Ken saw images of people, horses and a story developed of a boy searching out the Mountain King.